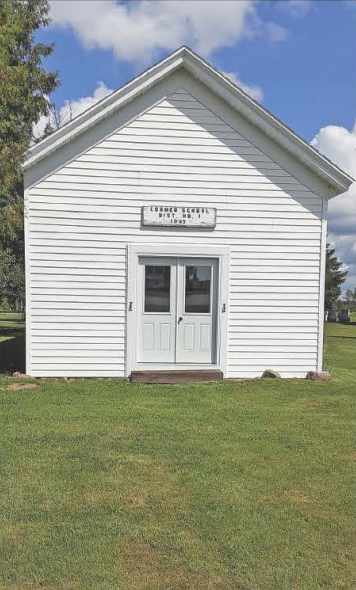 Settlers of the Township of Neva chose to build its first school house in 1883. The community was developing along an old Indian trail. Farms were being cleared and trade was increasing. The railroad was coming and families were growing. Children needed a real school rather than just a room in a neighbors log cabin. The Smentana brothers donated land near their farm, on the corners of County Highways A and B and Church Road, just off Highway 45 about six miles North of Antigo. Local people gathered to plan and build the school. The little school was part of community life for about 22 years. The number of students became too great, the state school Deerbrook Graded was built. The small building served as a granary for the Smetana farm. In 1983 Neva celebrated a Centennial and reconditioned the "Little Old School", to maintain its important heritage. Neva Days became local legend.

In the spring of this year a motor vehicle jumped the ditch at high speed and destroyed the entry to the school. Progressing about a third of the way into the building, smashing an interior wall, an old wood burning stove, antique furniture and items on display. Carpenters, Chris Blahnik and Bob Wendt, worked hard to repair the damage. Liane Blahnik assisted. They did a fine job. Neva town folks are currently working to bring the school room back to order.