Snowmobilers may be revving their engines, but a combination of factors mean it will be a while before trails are rideable across Langlade County.

“It’s been a challenging start to winter to say the least,” Langlade County Forest Administrator Erik Rantala said. “I would say that we are weeks away from opening at this point.’

The problems date to the July windstorm that toppled trees across the county, including blocking many popular snowmobile trails.

Club volunteers went to work getting many of those systems open, but recent snowfalls have compounded the problem, with heavy wet snow and in some cases ice sending branches tumbling onto the trails.

“Clubs are out working hard trying to get trails open,” Rantala said. “They have been going back through trails that they initially opened after the storm and cutting more trees and brush that have fallen as a result of the heavy, wet snowfall. There are a few trails yet that are still plugged up from the July storm as well, and some may not open this winter.”

Rantala stressed that swamps remain thawed, making them impassable for groomers and many lakes are not safe yet either. 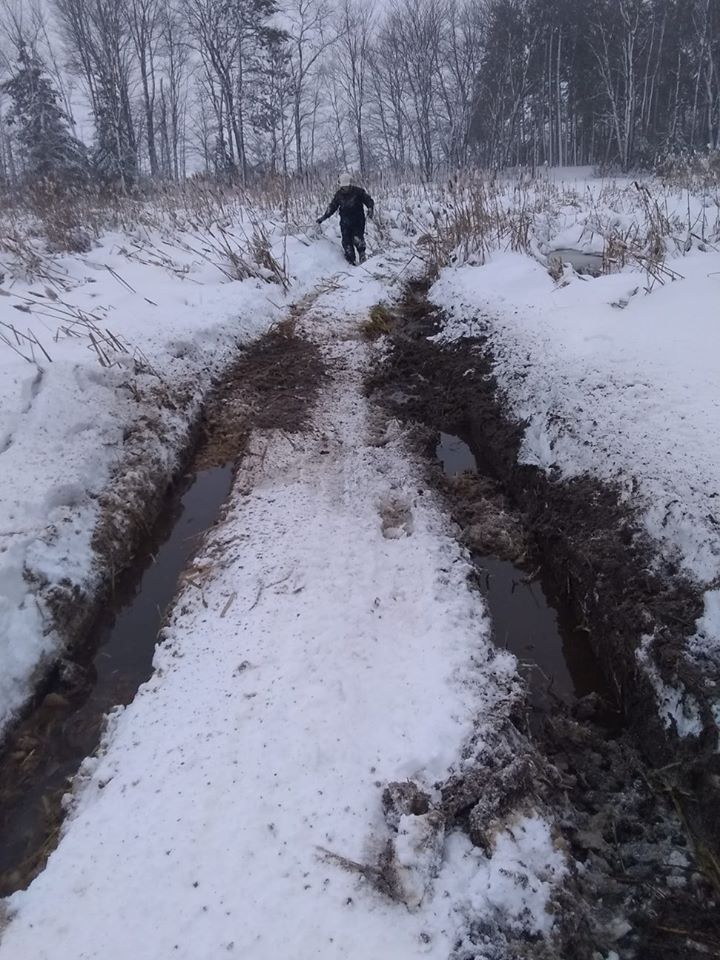 A Sno-Drifters Snowmobile Club photo illustrates problems with getting the trails open.

There’s another factor as well, he added.

“There are a number of trails that go across fields that have standing corn on them,” he said. “The clubs are working on possible reroutes or other solutions.”

There are encouraging signs. Temperatures are expected to plunge next week, and while that will create misery for some, it will also allow ice to set up and those bogs and swamps to freeze properly.

But for now, club members said, “think snow and cold.”