Author:
Joe, Hermolin, President of the Langlade County Historical Society
Source:
Antigo Daily Journal Prime Time
With the school year coming to an end, the lakes thawing as warmer weather comes to Langlade County, the region becomes a temporary home to many part-time residents and visitors. For a large number of young boys and girls a stay at summer camp in the area has become a tradition and the basis of lifelong friendships and memories.

This area has hosted numerous camps—both private and public— including three camps of note: two Boy Scout Camps and one Girl Scout Camp. Each has contributed as much to the local community as the region has contributed to the development of the young campers and councilors who worked there. The ties forged are so strong that often youngsters attending camps, once they have children of their own, bring their children back to the camps they once attended.

Camp Ma-Ka-Ja-Wan is perhaps the oldest of the camps in the region. It was founded by the Northern Illinois North Shore Area Council, Boy Scouts of America. Scout executives were searching for a location for a camp when a chance encounter of Scout executives with a man who had interests in the Thunder Lake Lumber Company near Pearson occurred at the Muskie Inn in Elcho.

At the end of the 19th century the region was covered by virgin pine forests with trees often measuring 125 feet tall and 3 to 4 feet width at the base. By 1910 much of this had been clear cut by the lumber industry and secondary growth, mostly consisting of hardwoods, had become established. By 1928 funds had been raised by the Boy Scout group from northern Illinois to purchase 250 acres around the lake and with subsequent additional funds, including donations from the C.W. Fish Lumber Company in Elcho the area for the camp soon increased to 450 acres. Programs began in 1929. Ninety years later, as summer of 2019 begins, Camp Ma-KaJa- Wan, on the shores of Lake Kiliiian continues and grows with new programs that keep up with the changing times. 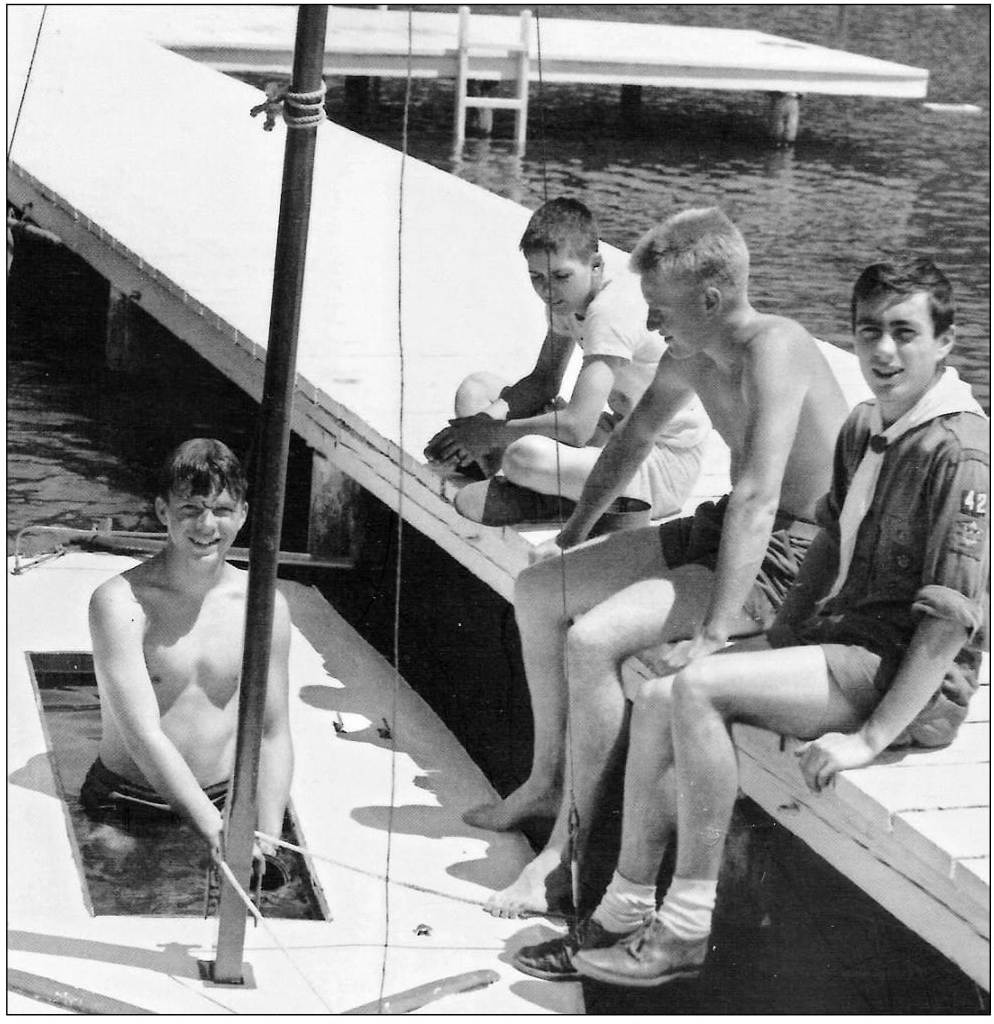 Camp Ma-Ka-Ja-Wan, located in northern Langlade County, is perhaps the oldest Scout camp in the county

Boy Scouts from northern Illinois were not the only ones who found the region had potential for a camp. The Green Bay- Appleton Boy Scouts found Langlade County an ideal spot for summer camp. Again, it was an area that had previously seen the lumberman’s axe. In southeastern Langlade County, along the Wolf River there had been extensive logging operations and river drives in the late 1800s. Gardner Dam was erected by a Stockbridge Munsee Indian, George Gardner, to help control the river flow during river drives. It was one of several dams along the Wolf. By the 1920s the railroad had replaced the river as a means of transporting logs.

Gardner Dam on the Wolf River became the site of one of the Boy Scout Camps in the area.

Those two Boy Scout Camps, one by Council in the Chicago area and the second formed by a Council in the Appleton area were established in the late 1920s and early 1930s and they each have long traditions.

Other camps were located on Enterprise Lake and Post Lake. Both have been sold. The Enterprise facility is in private ownership while Langlade County purchased the one near Post Lake, known as the Robert S. Lyle Scout Reservation.

It would take more that a couple of decades before the girls eventually gained the opportunity to enjoy camping in the Northwoods. Camp Black Hawk is a Girl Scout Camp located around Lake Niobe and Lake Florence near Elton. Those lakes provide swimming, sailing, canoeing, and fishing opportunities for campers. Horseback riding was an especially popular activity. The camp was established on about 400 acres of land donated to the Girl Scouts by long time Antigo businessman and benefactor Dick Thorne in 1956. 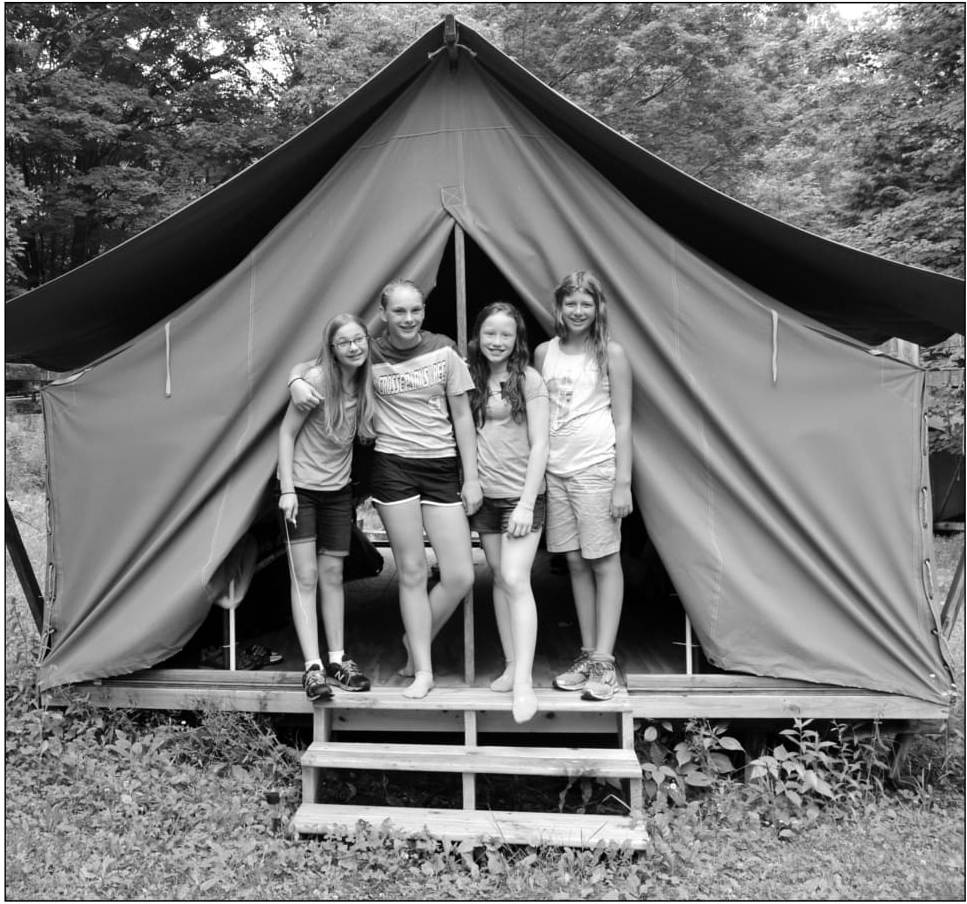 The camping adventure for the Girl Scouts came to Langlade County decades after it did for boys.

The camp, known affectionately as CBH, was originally part of the Madison-based Black Hawk Girl Scout Council. In 2009, Black Hawk merged with additonal Councils to form what is today Girl Scouts of Wisconsin-Badgerland, also operates camps in La Crosse and Dane County. Over the years thousands of Girl Scouts have enjoyed a stay at Black Hawk supervised by a minimum annual staff of over 15. The lasting impressions are attested to by the frequent reunions of campers and staff. 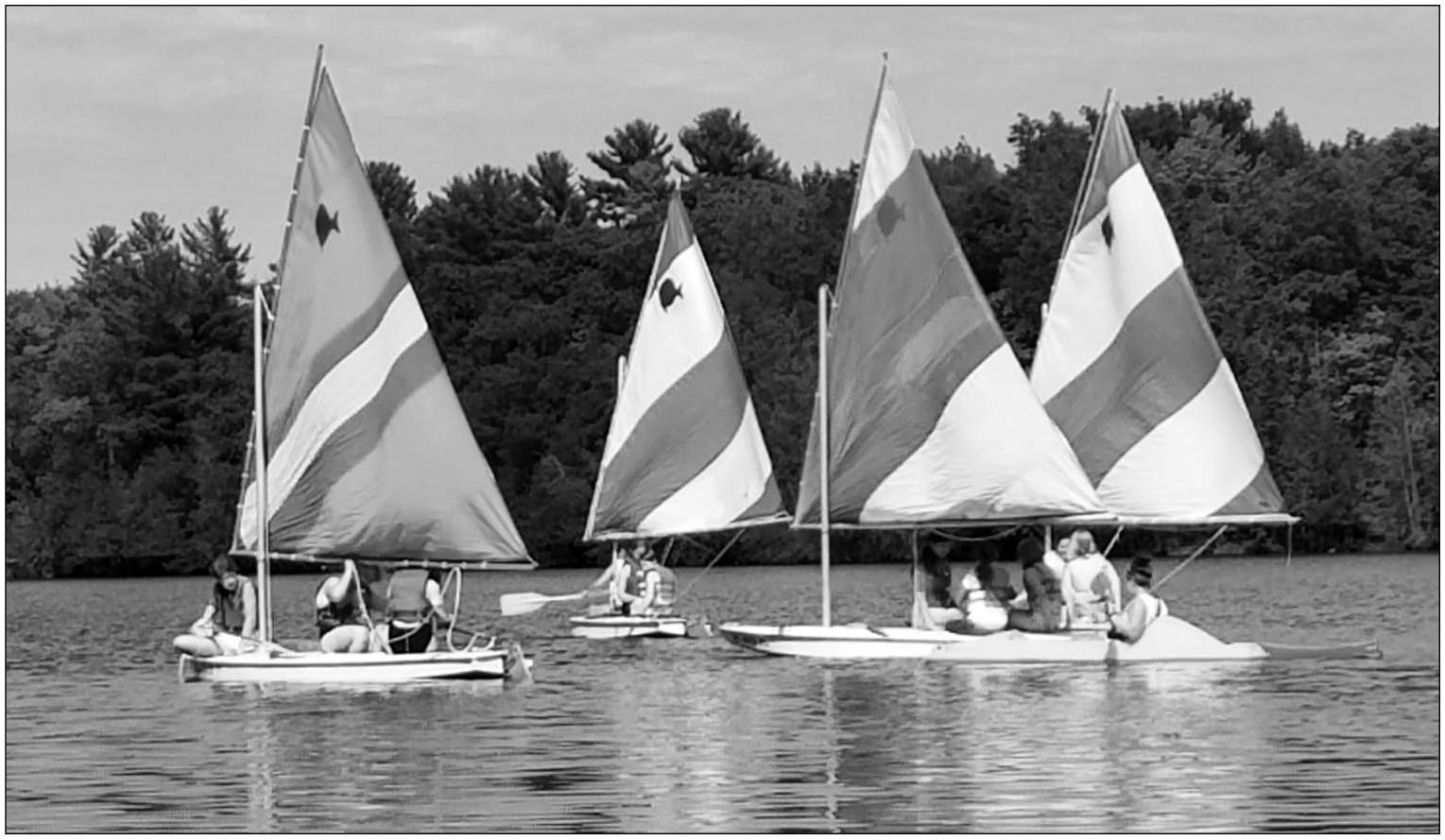 Sailing was a popular activity for the Girl Scouts on lakes near Elton.

Throughout the summer the museum receives visitors who are parents and siblings of campers either being dropped off or being picked up. Parents recall their summers spent in Langlade County. A common question seems to be “What’s it like around here in winter? We assure them that “The County of Trails” does not go into hibernation.