A handful of volunteers met at the City of Antigo’s new single track beginner loop located at the former city landfill south of the city at N1985 Dump Rd. in the morning, holding quick ceremonies before heading off on a ride along the system, which has been expanded to include additional beginner and family cycling opportunities.


The city had a single-track trail at the former landfill site, but it attracted limited usage because of its extremely technical nature. The extension runs an additional mile, along a completely separate track, and is far more forgiving, allowing those new to the sport to enjoy an outing.

And the terrain in the area is stunning, and being located only 3.7 miles from the city, very accessible.

After that, they were joined by many more club members and volunteers for a ribbon-cutting ceremony at the new Jack Lake loop centered at Veterans Memorial Park off Highway J north of Antigo.

At Jack Lake, the new 8.5 mile trail is the first of a multi-phase project spearheaded by LAMBA. It is designed for families and cyclists of all ages, including those new to the sport. 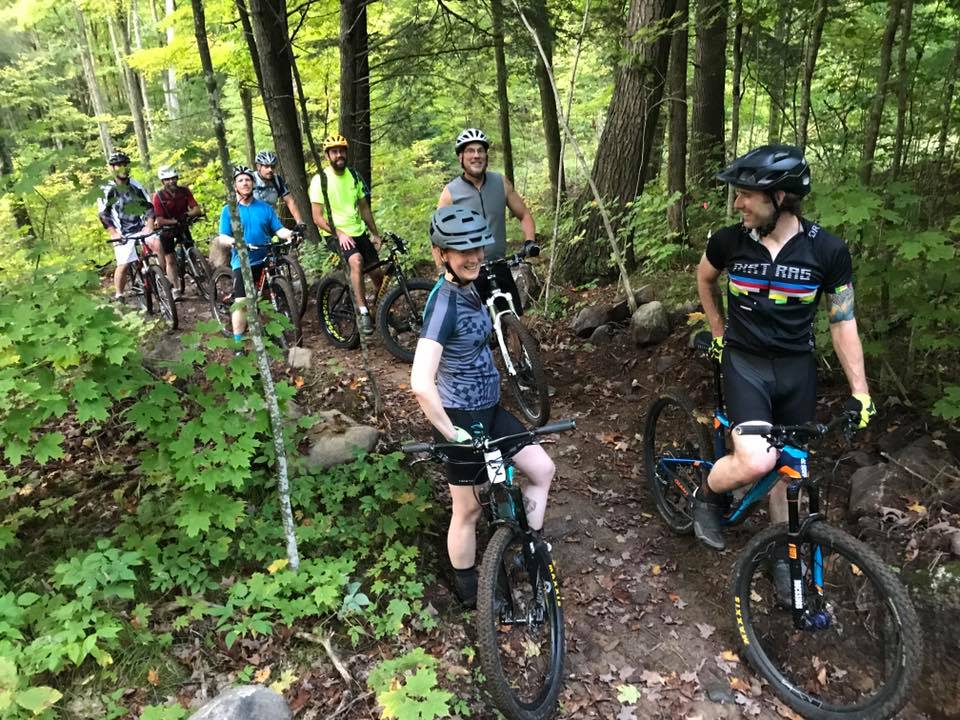 Subsequent phases through 2018 and 2019 will extend the trail’s length around Game and Jack lakes and connect with the existing ski
and hiking trails to the north.

Work was completed over the summer with the help of cycling enthusiasts who constructed close to 10 miles of new trail. Additional horsepower was provided through a trail-specific bulldozer.

The trails are not just for cyclists. They are open to runners and hikers, dogwalkers and other outdoor enthusiasts in the summer along with snow-shoers and fat-tire cyclists in the wintertime.