Langlade County&rsquo;s acclaimed Music in the Park set to kick off Wednesday, May 23


Along with great music is great food. Concert-goers can enjoy everything from pies and Culver’s frozen custard to pizza, sandwiches and the famous Antigo Optimist cheese curds.

In the event of inclement weather, the Antigo concerts will be moved to the Heinzen Peaceful Valley Pavilion. White Lake’s rain location is the Lake Pavilion. The county’s Everbridge emergency/alert system will be able to provide text updates in such instances. Sign up information for this service can be found at www.alcinfo.com. 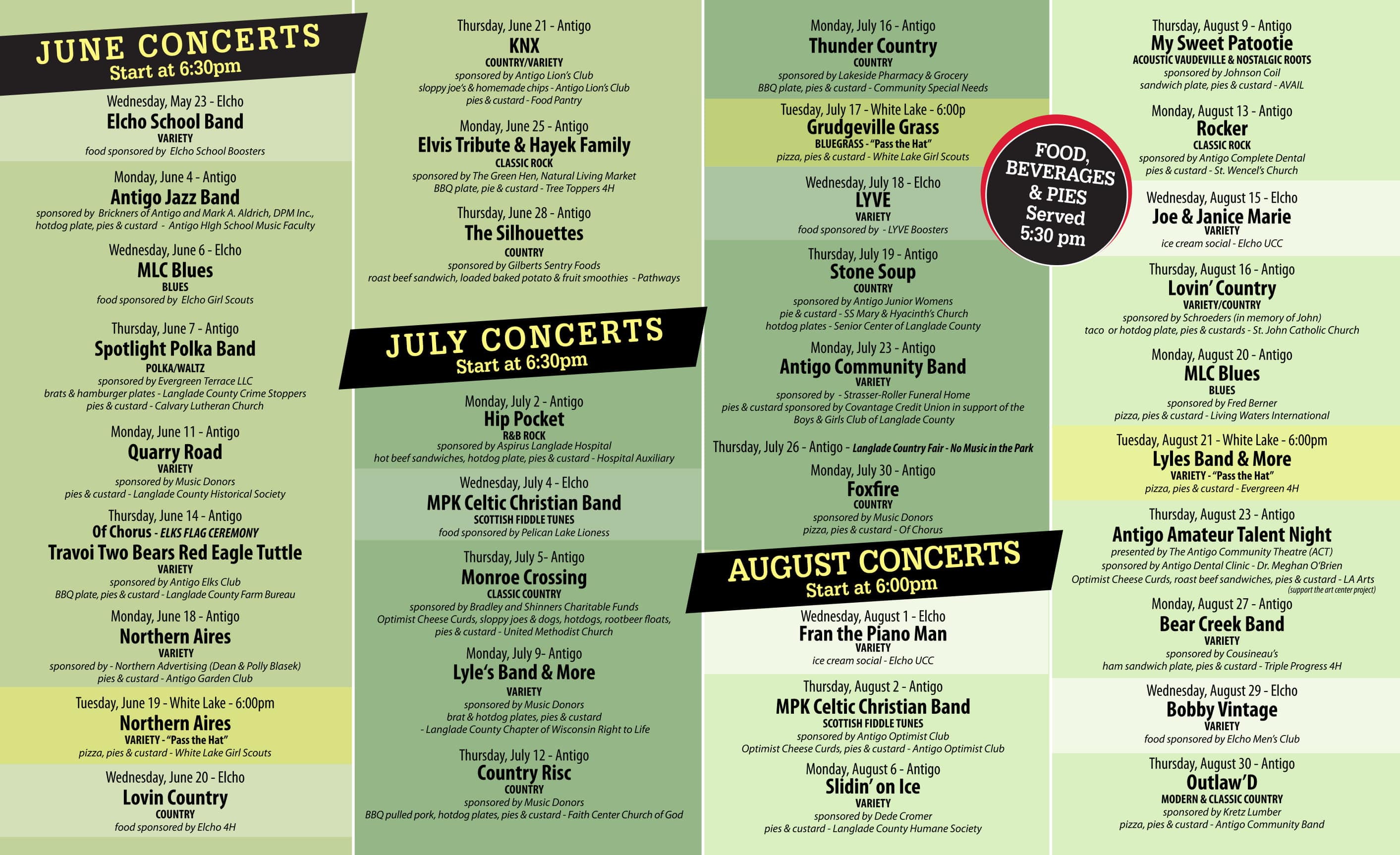