Author:
Rachel DeHart
Source:
Antigo Daily Journal
Throughout October, Raptor Education Group (REGI) has been hosting Owl-O-Ween tours to meet some of Wisconsin’s most secretive creatures of the night.

On Tuesday, Briana Suriano, REGI wildlife educator, brought out numerous raptors while telling folklore and myths associated with owls, crows and vultures during this spooky time of year.

The raptors are avian ambassadors at REGI and are deemed non-releasable due to their injuries. Those ambassadors are:

— Fonzie, who is a great-horned owl weighing in at 2.5 pounds. He came to the center in 2008 as a hatchling who had fallen from the nest. He had internal bleeding from the fall and had to be cared for extensively by rehab staff. 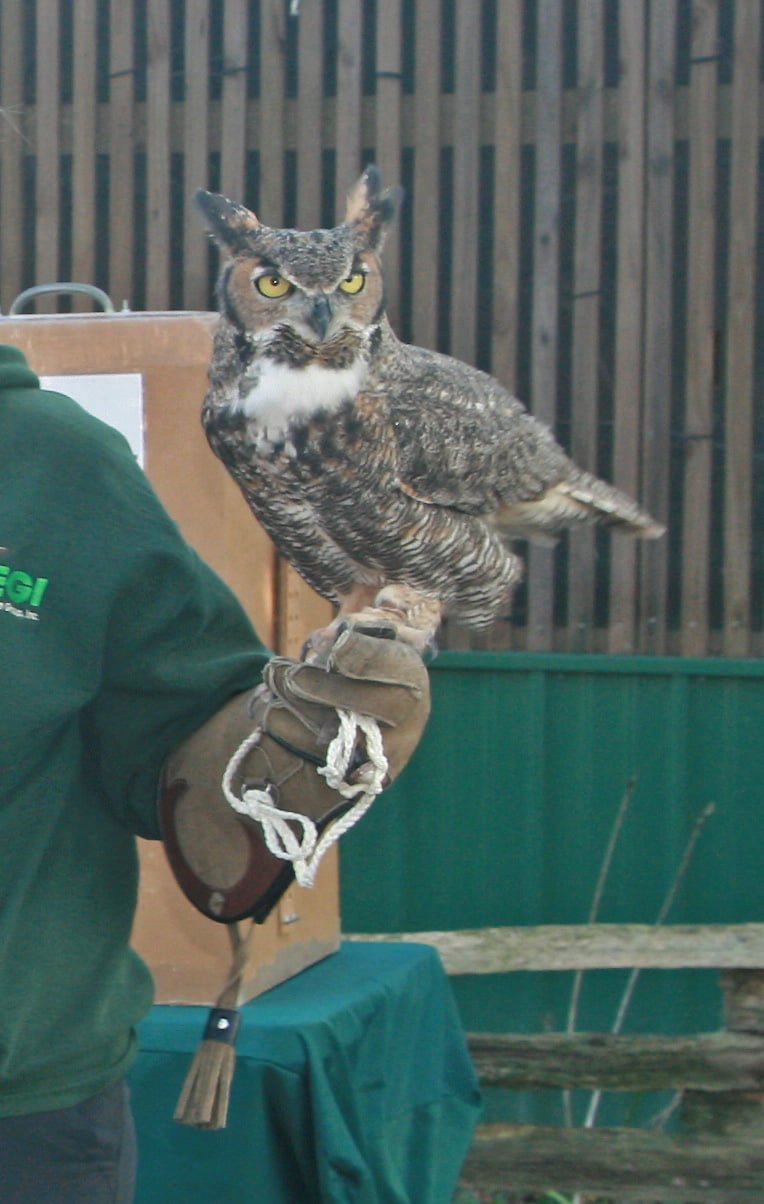 - Lucy, an Eastern screech owl, weighing in at 205 grams. She was transferred from Madison in 2018 and arrived having seizures and symptoms of liver problems. She suffered from rodenticide poisoning, and her immune system needs consistent monitoring going forward. 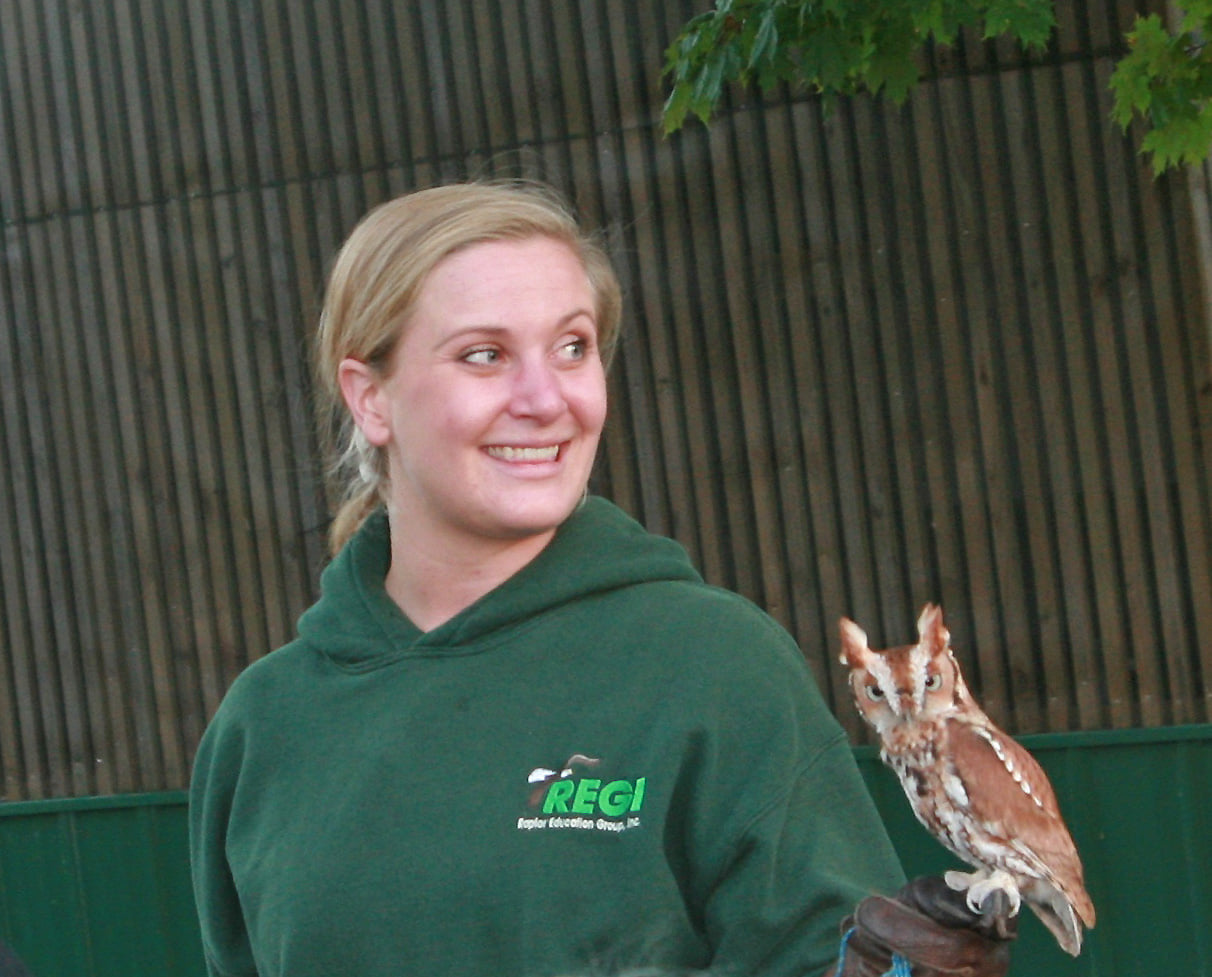 — Tilly is a 1.5-year-old Northern saw-whet owl, weighing in at 102 grams. She was exposed to a toxin either through food in the nest or when a fledging and was brought to the center, being the only survivor from that clutch. 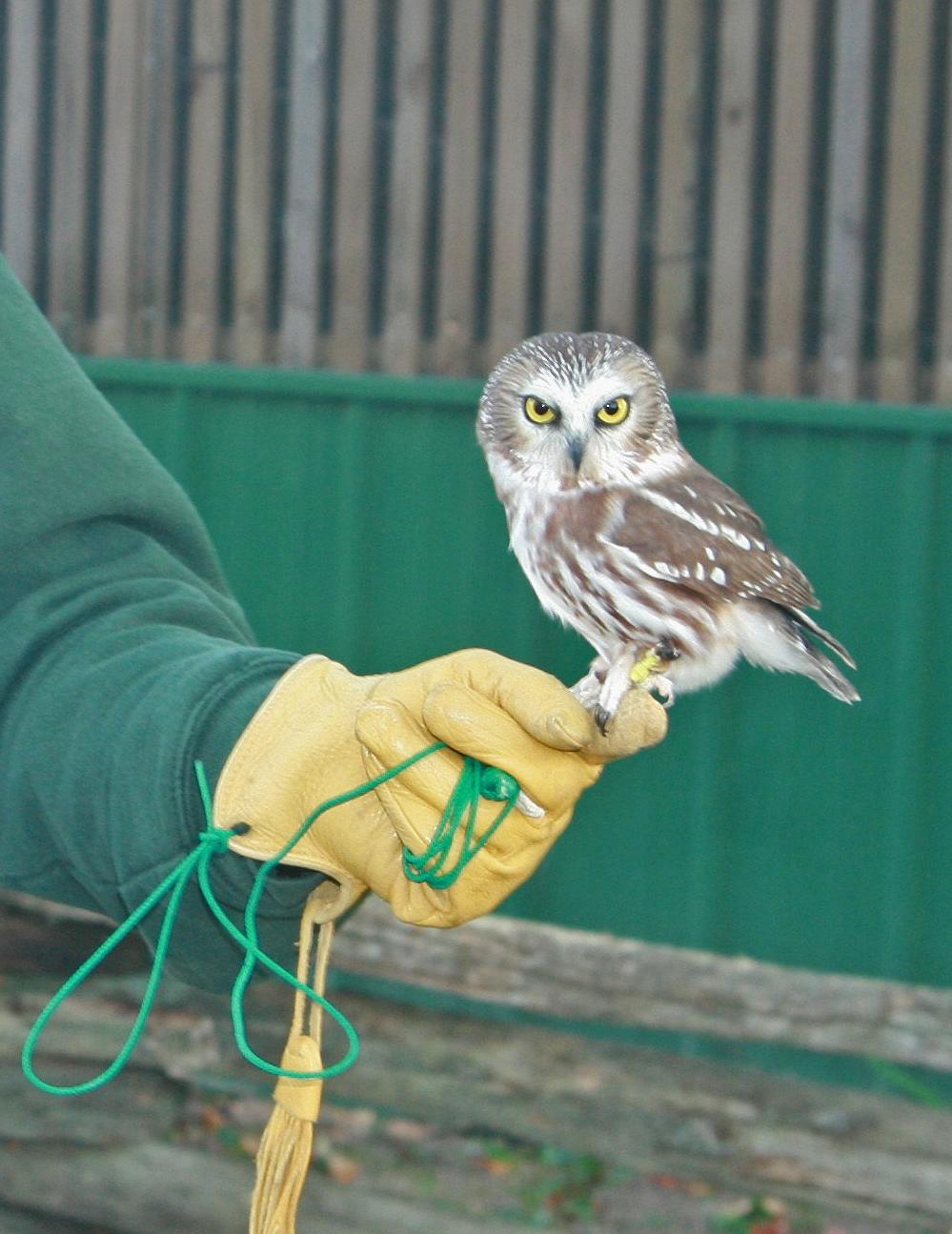 — Gordon is a 2-year-old barred owl, weighing 2 pounds. He came to the center with his sister after being caught by a house pet. 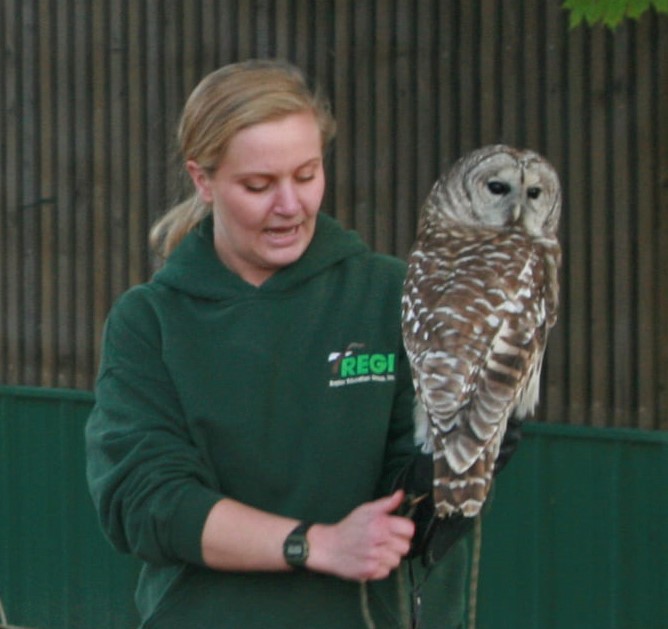 — Storm is a European barn owl, weighing about three-fourths of a pound. She is a 2013 hatchling specifically bred for education at the World Bird Sanctuary in St Louis, Missouri. 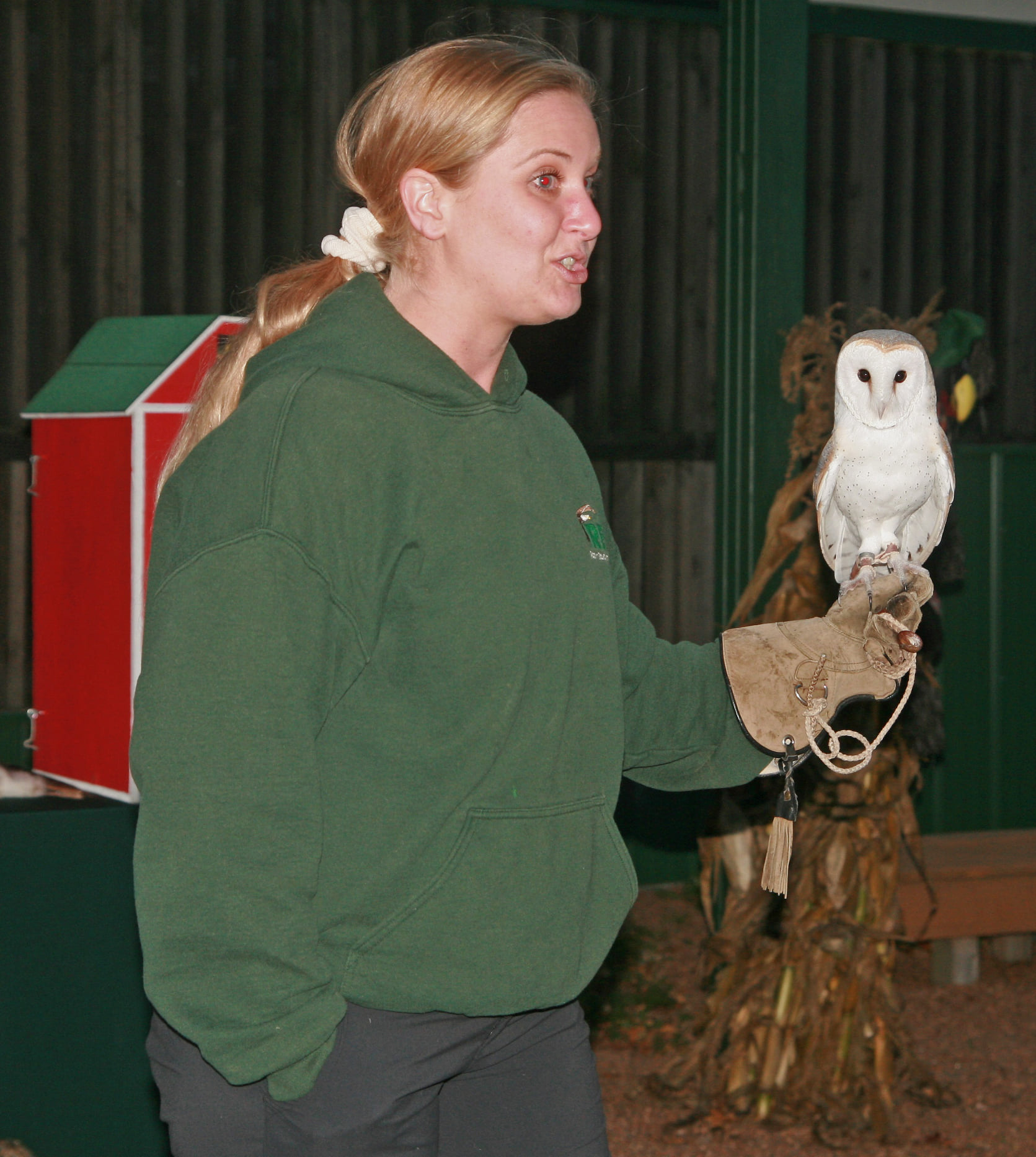 — BW is a turkey vulture who is about 4.25 pounds and arrived at the center in 2010 after being kept illegally as a house pet.

— Morrie is a 21-year-old turkey vulture who also weighs 4.25 pounds, and he came to the center after being caught in a barn fire suffering with smoke inhalation and burns on his legs and feet. 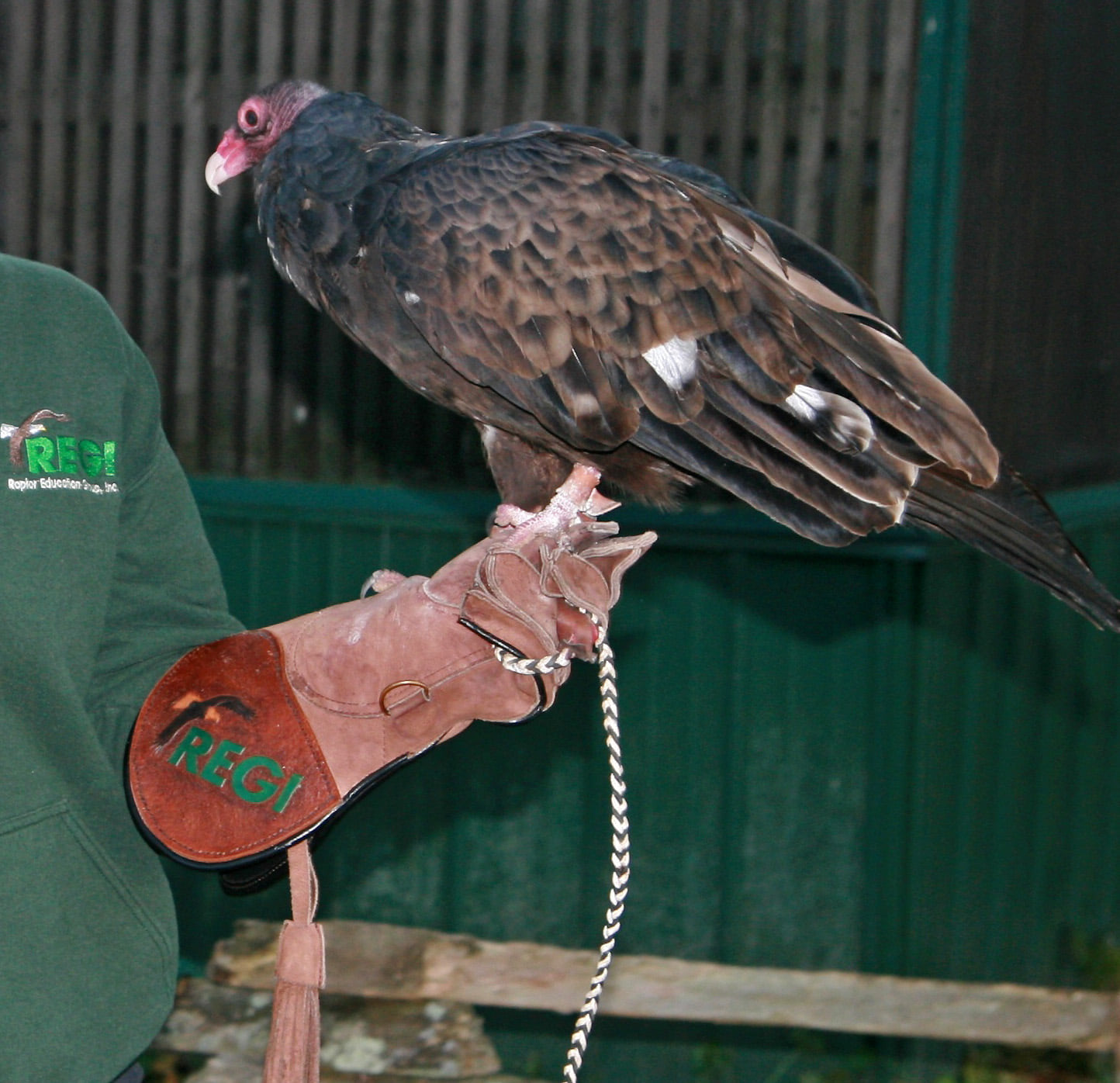 While the month of October is near its end, only four Owl-O-Ween tours are remaining to check out these ambassadors.

Those who arrive early will get to paint pumpkins while enjoying warm apple cider and hot cocoa. Painting starts at 4:30 p.m., and the Owl-O-Ween tour will follow from 5-6 p.m. The available dates left are Tuesday, October 26; Fridays, October 22 and October 29; and Saturday, October 23. The cost is $12 per adult and $8 for children ages 12 and younger.

You can register for these tours by visiting www.raptoreducationgroup.org/tour-schedule or by calling the education department at 715-623-2563.

All tour participants need to check-in and pay at the Welcome & Nature Center, N2160 West Rollwood Road in Antigo.