From the Optimist Park to the West Coast, Funtime Antigo Continues Growth

A local skateboard team which has plied its trade right here in Antigo, continues to garner national attention.

Now complete with sponsorship, the group is flying a number of members to California today to meet with a professional skate organization.

How did a small group of skateboard enthusiasts come to be known to professionals on the West Coast?

Modern day technology, specifically YouTube certainly helped, but so has dedication to their craft and the desire for knowledge.

Funtime Antigo as they like to call themselves, or “FTA” for short, began in early 2007 with only two riders, but has grown to over 20 in the past 12 years. 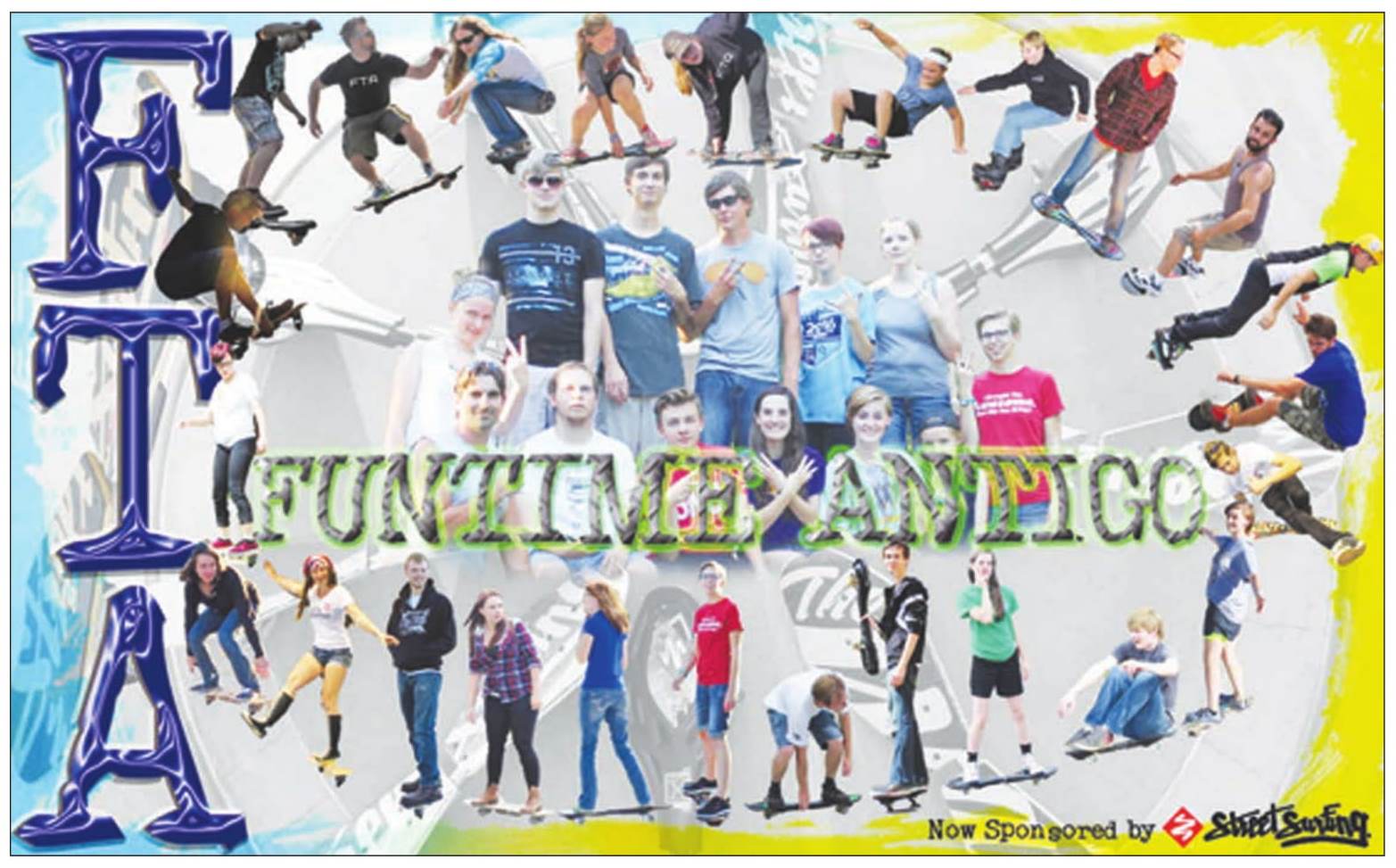 “Unlike most skate teams we haven’t been riding the typical four wheel skateboard,” FTA co-founder Cecil DeHart explained. “We picked up a unique product called a casterboard.”

A casterboard is a twowheeled board with casters on the bottom, similar to those seen on shopping carts at your local grocery store, instead of skate trucks.

The board has two separate decks connected by a pivoting torsion spring in the middle instead of the typical shaped deck, resembling a popsicle.

Most casterboard models are made of plastic, with the most famous being the RipStik toy, commonly seen by youths in their driveways and sidewalks and made by the Razor toy company.

“We started out riding in the streets and then took our casterboards to the local Optimist Club Skate Park, where we discovered there was potential to grow and distinguish our new favorite ride as its own board sport category,” DeHart said. “We began recording our progress on the journey and posting videos on YouTube.”

Admittedly, the group received a mixed response from the skating community, where loyalty to the traditional board is strong. While some comments were critical, a number were positive as well.

The online postings helped FTA connect with other casterboard riders around the country, leading to the group traveling outside of Antigo and Wisconsin.

FTA ventured to some of the nation’s finest skateboard parks.

Eventually moving toward its favorite type of casterboard, a wooden line made by the European company StreetSurfing Worldwide, the group offered FTA a sponsorship opportunity in 2015.

“They recognized our dedication to promoting and growing the sport,” DeHart noted.

The Fun Time riders were flown to the Orlando Surf Expo two years in a row and with further assistance from StreetSurfing WorldWide, hosted a Christmas board giveaway at the Langlade County Boys and Girls Club in 2016.

This weekend’s visit to California began when FTA discovered the Braille skateboarding team, a professional team of riders that specializes in what it calls “Skateboarding Made Simple”, a curriculum of trick instructional videos.

Over four million people subscribe to Braille’s YouTube page. The team also tries out numerous skate products from around the world through a series of videos called “Skate It.”

FTA was excited to learn Braille had been trying out a variety of casterboard products.

Recently, Fun Time Antigo reached out to them about trying the StreetSurfing Wave Rider Casterboard, a pro-quality board and the only one currently on the market with wooden decks instead of plastic.

Braille responded with great interest and invited FTA to come out to California to meet in person.

FTA’s sponsor, StreetSurfing had also been following Braille’s video series and shipped a board from them to try in a “Skate It” video.

They also agreed to send the FTA team to California.

“We are so thankful for this awesome opportunity for a small-town skate team like ours to get support from our international sponsors and meet up with one of the nation’s top skateboarding organizations,” DeHart added.

DeHart, along with members Dylan Dewey, Jason Randel, Lance Lynn and Maria Schey leave today and will return on Monday.

More information on FTA, along with Braille can be found by searching the group’s names on YouTube.

More info on FTA’s sponsor StreetSurfing WorldWide is at streetsurfing.com.