The next minute, she was reeling in a feisty brown trout that fell for her Rooster Tail spinner bait.

Schmidli, her dad, Eric, and brother, Dylan, had the west shore of the Wolf River in eastern Langlade County to themselves May 5 during Wisconsin’s inland fishing opener.

Eric landed Ally’s fish with a trout net before releasing it back into the river. 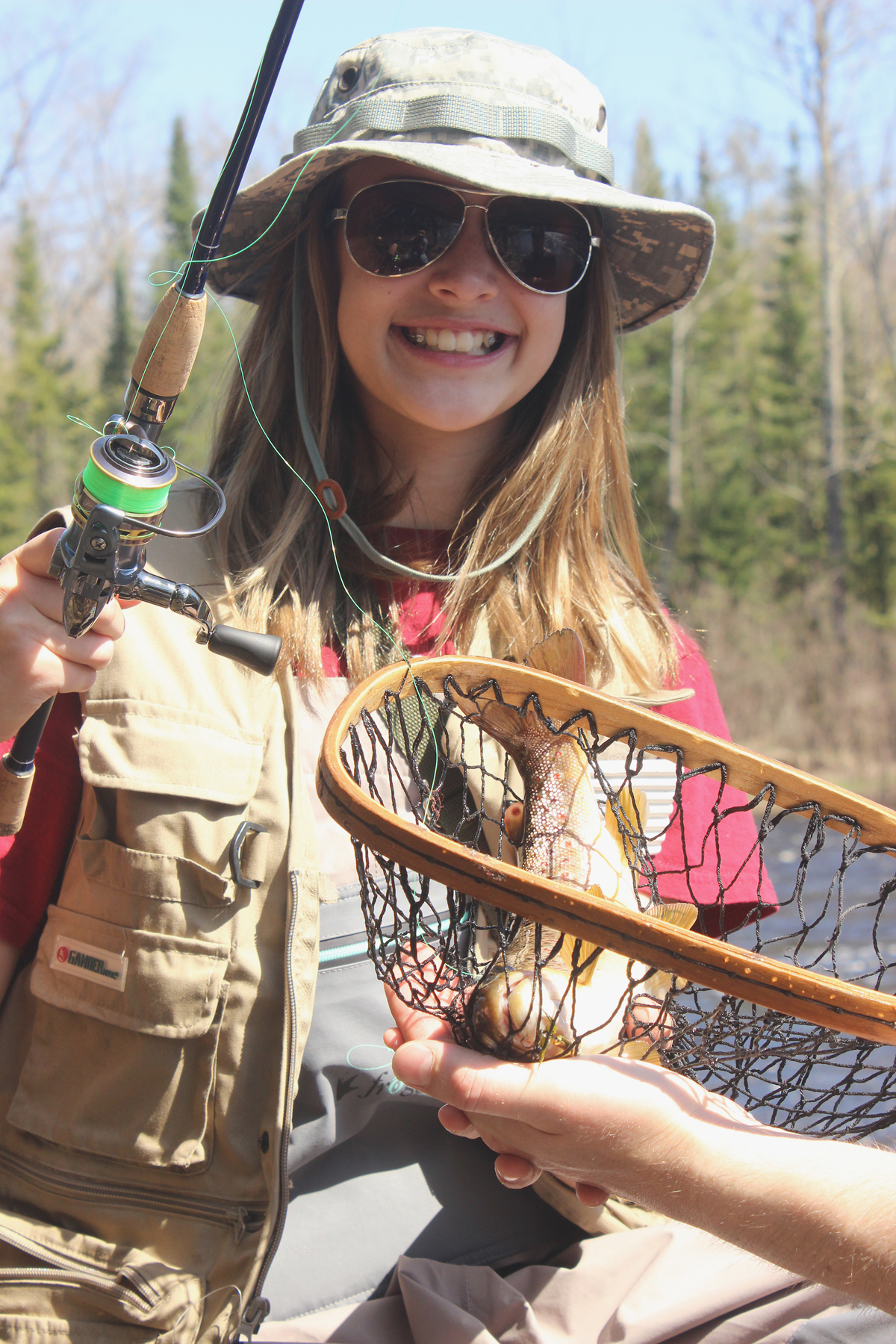 Ally Schmidli of Neenah shows up the Wolf River
brown trout she caught on a Rooster Tail spinner bait
while fishing with her dad and brother. Greg Seubert Photo

While anglers throughout northern Wisconsin found their favorite fishing holes covered in ice for the opener, the Schmidlis had plenty of open water in front of them.

Other teenagers took advantage of a Saturday morning to sleep in, Ally, 13, a seventh-grader at Shattuck Middle School in Neenah, and Dylan, 15, a freshman at Neenah High School, were up early just down the road from their cabin near Langlade in the Chequamegon-Nicolet National Forest.


Ally Schmidli reels in a brown trout as her dad, Eric,
nets it May 5 as they spent the first day of
Wisconsin's inland fishing season along
the Wolf River in eastern Langlade County.
Ally's brother, Dylan, joined his sister and dad
near the family cabin. Greg Seubert Photo

Ally, however, started the day by catching a smallmouth bass.

This year’s opener came three weeks after a snowstorm that dropped more than 2 feet of snow throughout much of Wisconsin.

“It’s nice to not have snow everywhere,” Ally said.

The stretch of the Wolf the Schmidlis fished is a popular tubing, rafting and kayaking destination during the summer, but they had the river to themselves.

Ally Schmidli of Neenah sits on a stump while fishing for trout on the
Wolf River in Langlade County. She spent the inland fishing opener
on the river with her dad, Eric, and brother, Dylan. Greg Seubert Photo

Besides trout and smallmouth, the Wolf, which flows for more than 100 miles from Pine Lake near Crandon to Winneconne, is home to one of Wisconsin’s most diverse fisheries.

Trout are common in the stretch of the river that flows through Langlade County, while walleye, northern pike, musky and bass are generally found in the river’s upper stretch from the Post Lake dam downstream to Lily. The lower stretch of the river, from Shiocton downstream to Lake Poygan, is home to annual walleye and white bass runs that attract anglers from throughout the Midwest.

“I started coming here when I was 9,” Dylan said. “It feels great. I’ve been locked up in my room all winter, so it’s nice to get back out here.”

He and his dad used to trout fish a stretch of the Tomorrow River between Waupaca and Amherst before the family purchased their cabin.