The expanded routes were approved at the request of the Antigo Area ATV/UTV Club and Langlade County officials, said Mark Desotell, director of administrative services for the city.

“By opening up space on Forest Avenue, riders will be better able to access county trails,” he said. “Access to the town of Rolling is also available.”

Riders are still asked to leave their homes and take the most direct route to the county trails.

Desotell said the original routes and the expanded routes continue to offer riders opportunities to get through the city and to access local restaurants and hotels. There are also several easements across private property to allow for access to hotels on the north end of the city.

Desotell said there are about half a dozen ATV clubs in the area with members using the city routes. While there is really no way to know how often the city routes are used, he said he has not heard any complaints about the routes or riders using them.

As the 2020 season is wrapping up, signage for the expanded routes won’t occur until next year, he said.

​An original map of routes was adopted in September 2018. 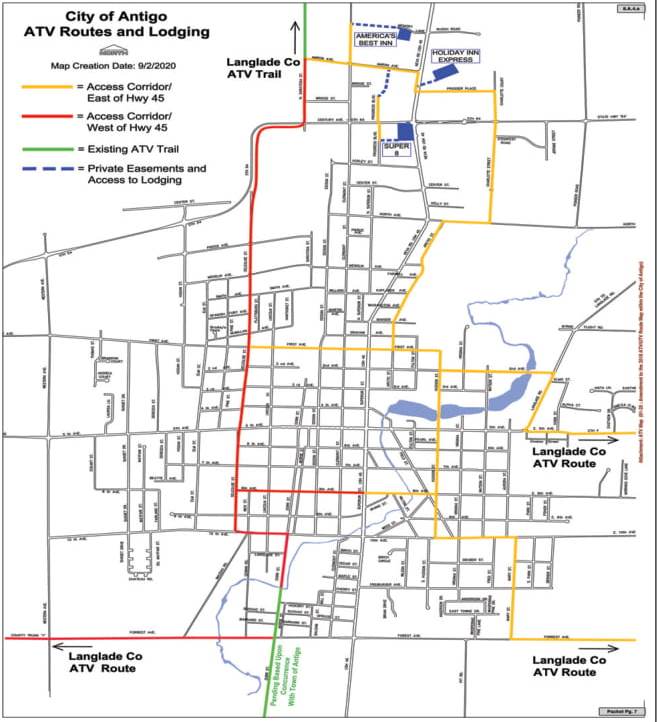 Expanded ATV/UTV routes in Antigo were approved by the Antigo City Council earlier this week.