Author:
Brandon Kieper
Source:
Antigo Daily Journal
This might not have been the best winter in recent memory, but if you got out and enjoyed the snowmobile trails, thank a member of one of Langlade County’s nine snowmobile clubs, including the Antigo Sno-Drifters.

The Sno-Drifters groom 100 miles of trails that connect to three county lines and extend to the City of Antigo businesses. Once the trails are open and grooming starts, every night trail coordinator Steve Noskowiak, President Tim Grall, Vice President Ron Mach and trail boss Don Wild discuss what trail segments need to be groomed the next day. 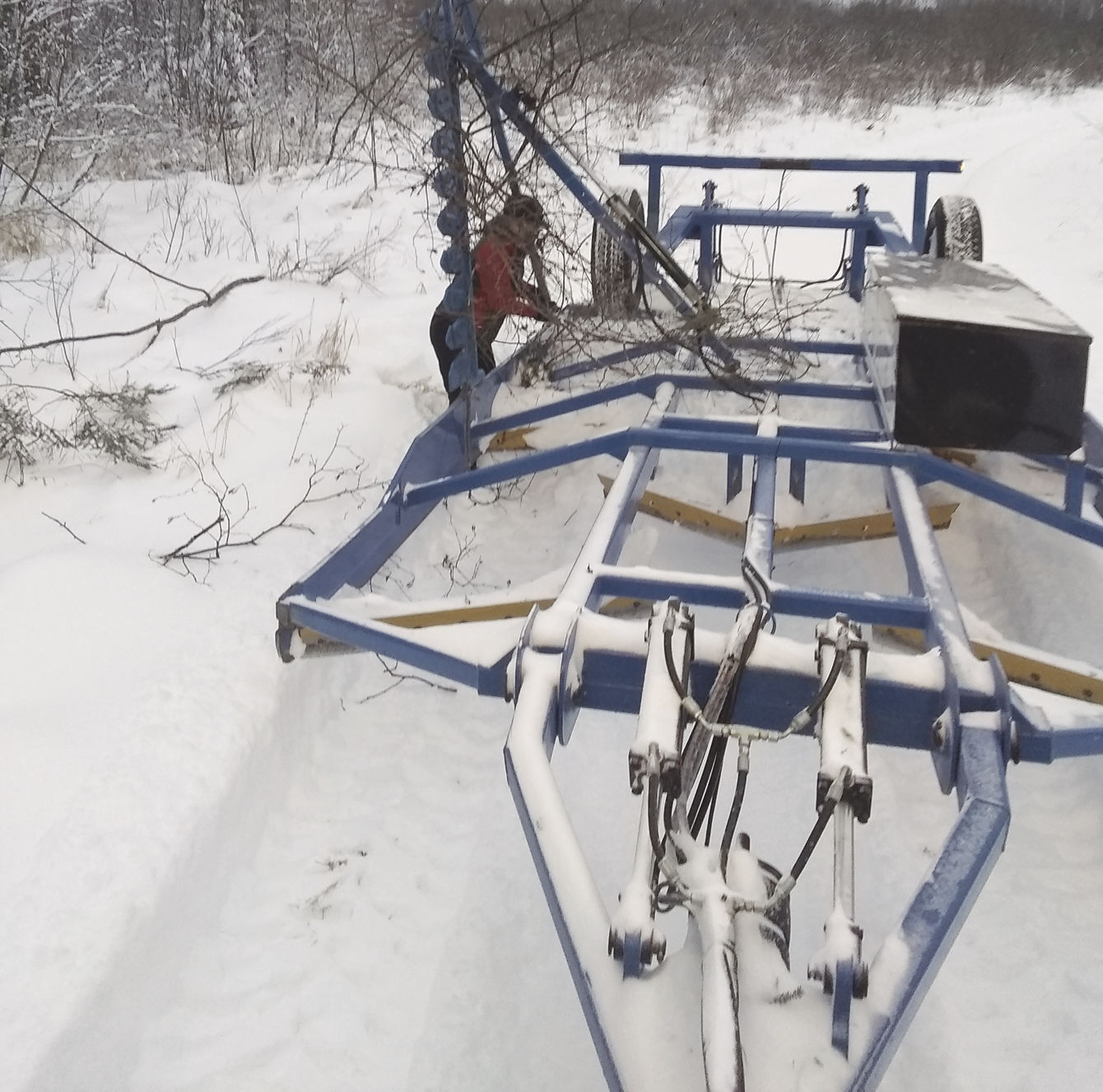 Antigo Sno-Drifters Club Secretary Jan Noskowiak cleans off brush
after using the brush cutter on the drag while out grooming.

Noskowiak has been a member of the Sno-Drifters for 22 years. Retired from the Marathon County Sheriff’s Department, he now serves as the club’s trail coordinator, data manager, representative to the county Snowmobile Council and, of course, a groomer operator.

“Trail information usually comes from four people inspecting the trails the prior day,” Noskowiak said. “Groomers work seven days a week, trying to groom each segment at least twice a week or more, depending on conditions.”

This season started later than usual. Normally things heat up in early January, this year not until Feb. 6.

Trails were open in Langlade County for about three weeks. Once measurable snow elected to arrive, the club started grooming to build a base. Once that base reached 5-6 inches, the decision was made to open the trails, which were considered in good, to very good, conditions, despite the weak snow cover.

It was quite a step back from the previous two years, which were considered excellent seasons due to early snow and numerous storms. To put the difference in perspective, this season the Sno-Drifters groomed for 389 hours. The year before, that number was 755.

The club also grooms into Antigo High School a few times a year to assist with winter outdoor classes.

The Sno-Drifters were founded in 1966 by a handful of local farmers and businessmen. The club started grooming with homemade farm equipment fashioned into a small drag pulled by a snowmobile.

Membership increased over time as word spread to folks that loved to snowmobile. As the calendar turned to the early 1980s, the club purchased Tucker groomers and grooming equipment, known as drags.

The Sno-Drifters are now a club with well over 100 members, along with cutting-edge grooming equipment. The equipment includes two John Deere tractors with Soucy Tracks, and four grooming units (drags). 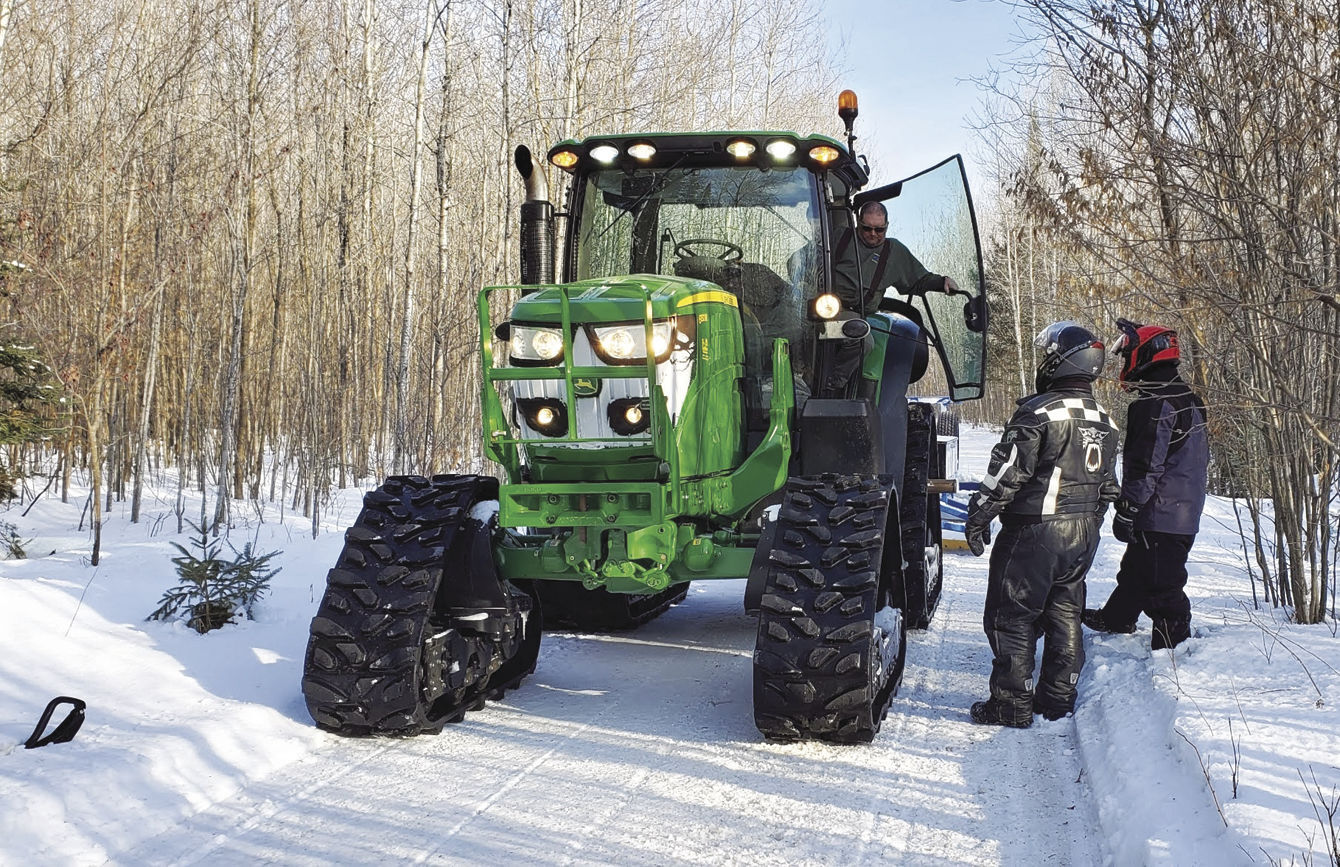 Antigo Sno-Drifters President Tim Grall along with club members Austin and Drew Grall
were out inspecting snowmobile trails and stopped to talk
with groomer operators Steve and Jane Noskowiak.

The club also utilizes one member’s UTV with tracks to freeze down swamps and for cutting trees. 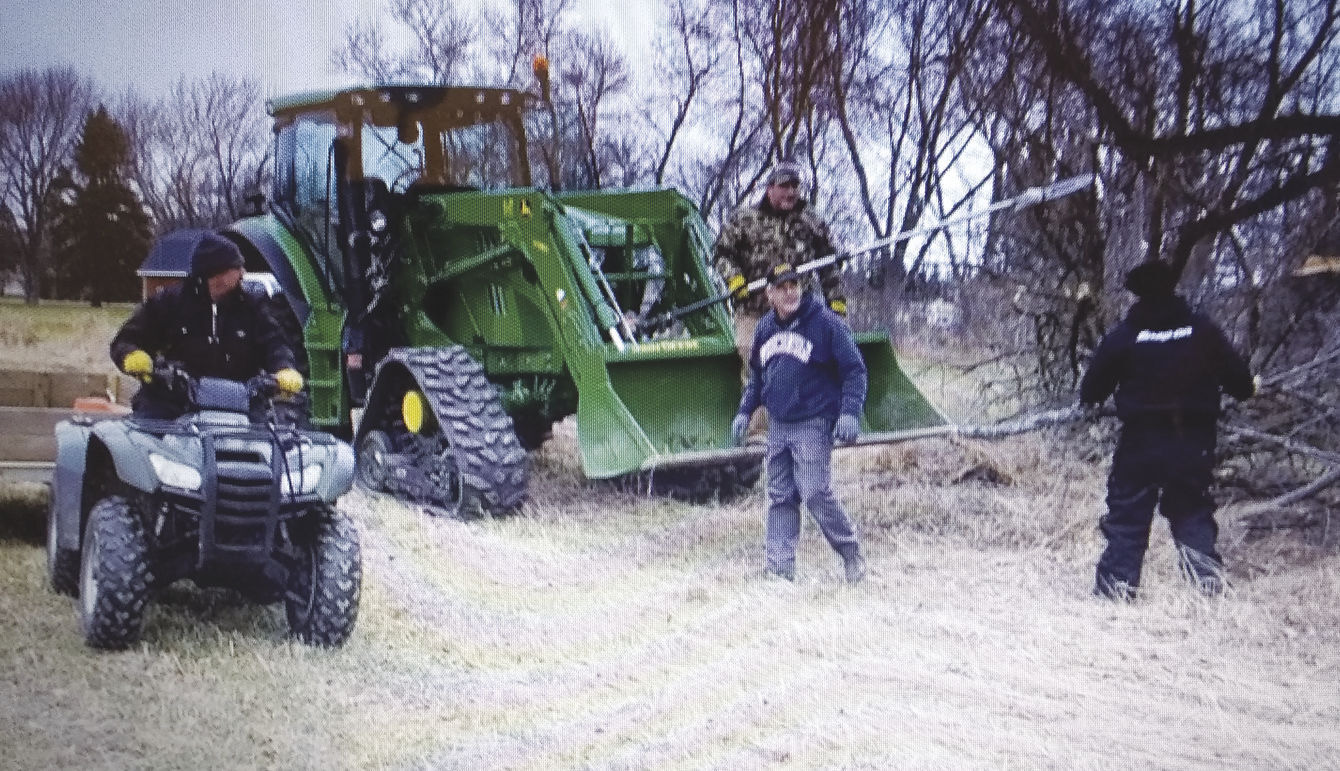 When the season concludes, members are taking down signs and working with any landowner complaints to resolve issues that may have cropped up.

A review of club meeting notes dating all the way back to 1966 shows that more than a few founding members still have generations of family members active in the club.

Grall is currently also the president of the Langlade County Snowmobile Council and an Association of Wisconsin Snowmobile Clubs (AWSC) representative.

Club meetings are held monthly from October through April. The club’s Snowmobile Council representatives also meet once a month with the other eight snowmobile clubs in the county, also attended by the forest administrator and a detective from the sheriff’s department. The meeting feature discussion of trail conditions, opening and closing trails, any law enforcement issues or concerns, and any other snowmobile related issues with the Department of Natural Resources.

The council also creates the county snowmobile trail map so riders know where to ride, get fuel and stop for a meal.

Club members volunteer at the County Wide Ride in Lily at the end of January, a fundraiser for the Langlade County Snowmobile Council.

Trail passes are a collaboration between the DNR and AWSC. The fees are allocated for various clubs’ efforts at grooming and maintenance, as well as signage, brushing, and other work. The trail pass costs $10 for snowmobile club members, $30 for non-members.

“Our goal is to provide the best snowmobiling and the safest trails in Langlade County, so people come back year after year enjoying our County of Trails,” Noskowiak said.